Hello dear follower! Before I start I just wan to add a little disclosure :

- Do you see the (Provisory title) just next to Embuscade2 at the top of this page? This is going to change. Very soon there will be a pole on twitter where you can vote for the best title =) -

Lest start now,
For this Tuesday I have more screenshots to show you. Yeah!
Since last week I continued to work on the assets in Magicavoxel , but I also worked on a way to export them to Unreal Engine 4.
So i ran a lot into some trial and errors to get the correct workflow.
It's not ready to yet to see actual in game screenshots, I know you can't wait to see the final result  (and me as well, trust me!), you'll have to be a bit patient =) But it's on its way, the day you'll see actual in game screenshots is approaching as the time goes...

To patient until then, here's a bunch of screenshots of this week :

Test of different atmospheres with the cliff props set 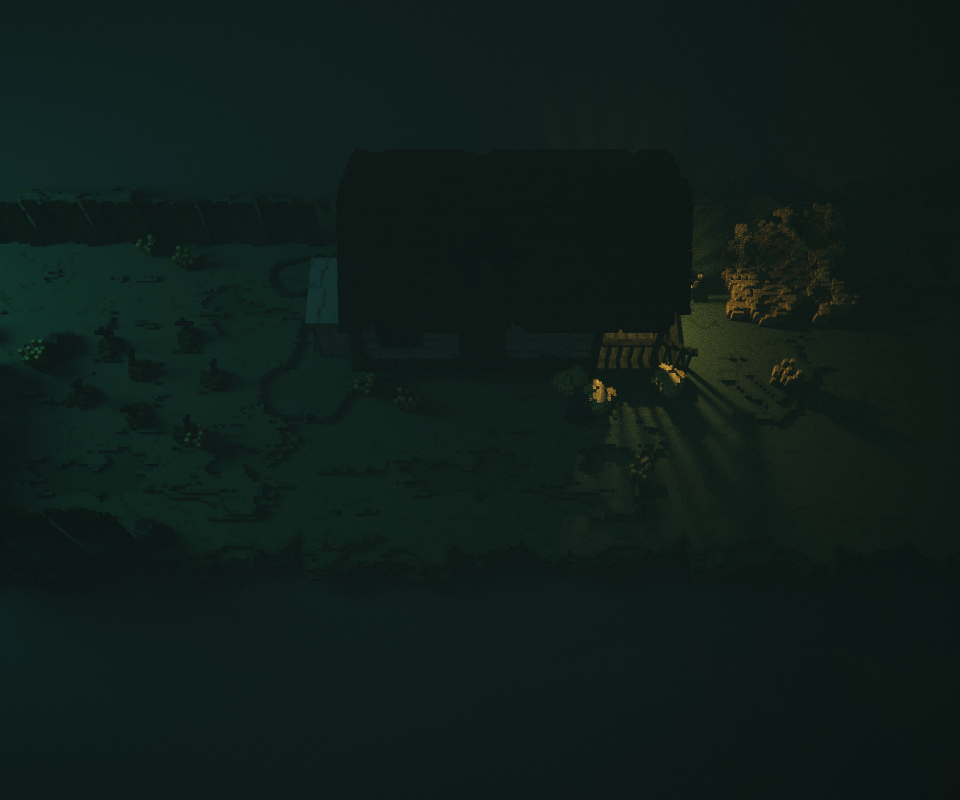 I added some backyard elements... Don't you think there's something off here... ? 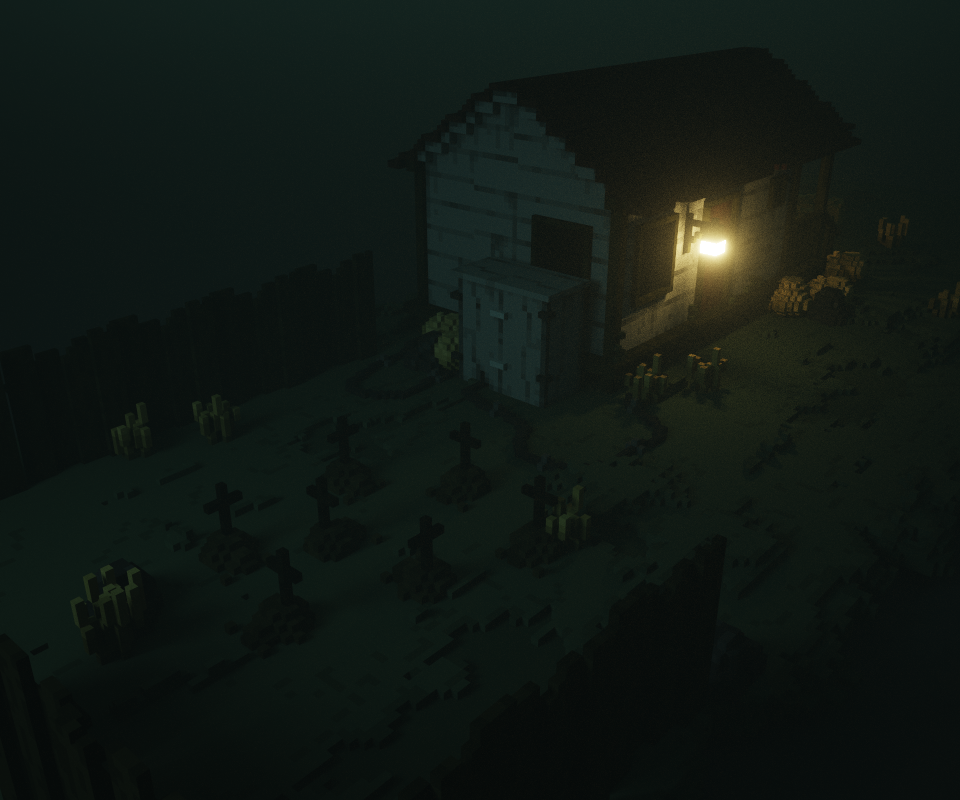 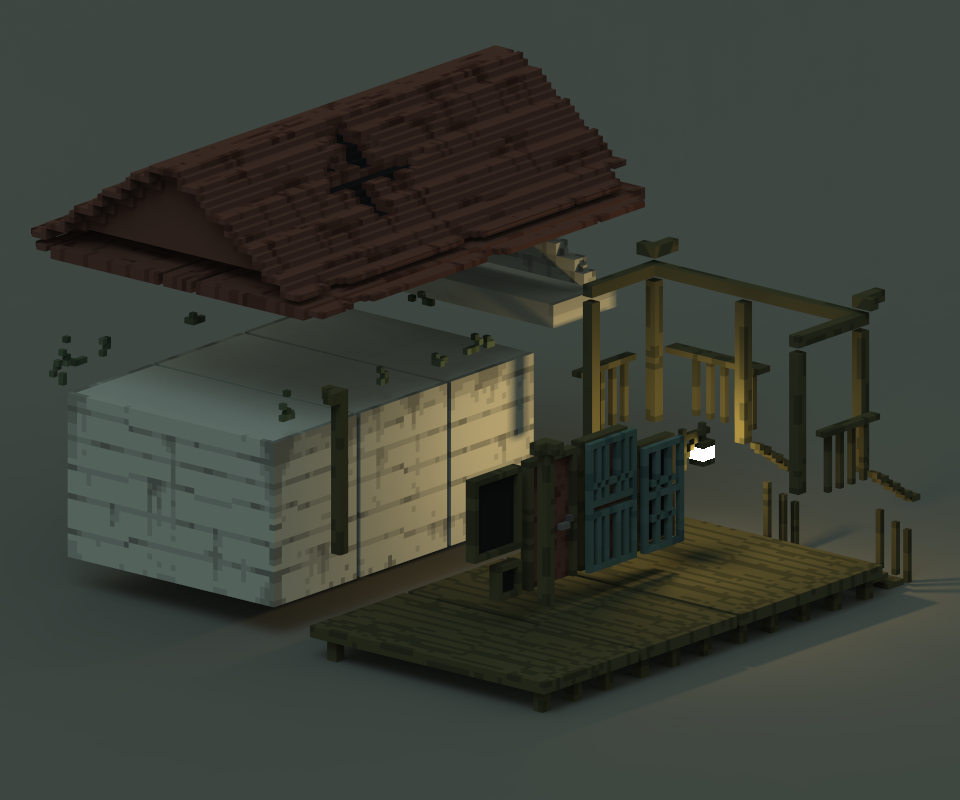 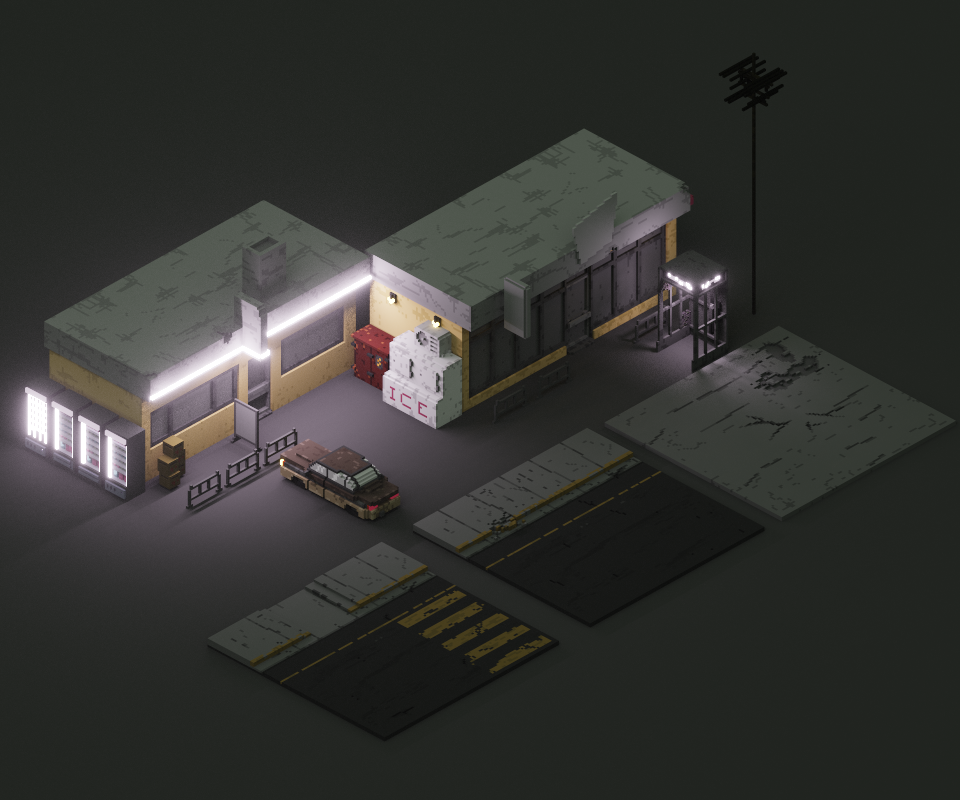 And here's another props set, a voxel shop set

And that's it for today guys. Next week I'll be posting some animation stuff that I'm currently working on this week, Zombies fighting with Humans, eating their body, Humans shooting at Zeds, all kind of animations that will later on be in the game, so stay tuned ;)

Are you still hungry?

Definitely got a watch from me.  Looking forward to the process of you creating this and the outcome, I'm sure it'll be amazing!  Thanks for letting me know about it :D
I'm curious to see whether we'll start as a zombie, or if we'll just run into one.  I loved the whole mystery behind Embuscade for that reason, because I had NO idea we were a zombie at first, so it'll be interesting to start with the knowledge of how it's going to be!

Hi Rekutsko, Thank you so much for your support! I'm glad you liked Embuscade, the second game will be more gameplay related so that's why the title will probably change. Also the player knows since the beginning that he'll play as the Zombie, and the mystery will remain in other layers of the game. Very soon there'll be gameplay footage on the devlog so stay tuned ;)